A recent survey conducted by the Mineta Transportation Institute (MTI) revealed just how significantly sexual harassment on transit affects San José State University (SJSU) students. Crime and Harassment on Public Transportation: A Survey of SJSU Students Set in International Context surveys 891 SJSU students about whether they had experienced sexual harassment while using public transit and how they responded to such experiences.

Other key findings from the student survey include: 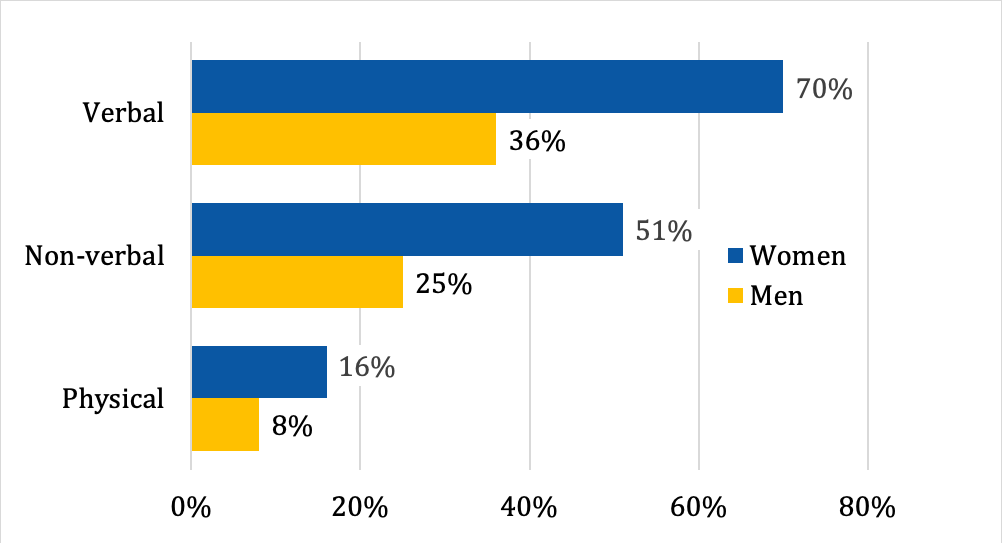 Types of harassment experienced by female vs. male bus riders

The problem of sexual harassment for transit riders is not specific to SJSU. Setting the report findings in a broader international context, report co-author Dr. Anastasia Loukaitou-Sideris explains that, “findings from SJSU are comparable to those found when the same survey was administered at 18 other universities located across six continents.”

The report concludes with recommended actions that transit operators, community planners, and other policymakers can take to reduce the severity of the problem of sexual harassment and assault on transit. Suggested actions include educating the public about sexual harassment, making it easier for riders and bystanders to report incidents of harassment, and keeping transit environments well lit and well maintained.

At the Mineta Transportation Institute (MTI) at San Jose State University (SJSU) our mission is to increase mobility for all by improving the safety, efficiency, accessibility, and convenience of our nation's transportation system. Through research, education, workforce development and technology transfer, we help create a connected world. MTI was founded in 1991 and is funded through the US Departments of Transportation and Homeland Security, the California Department of Transportation, and public and private grants. MTI is affiliated with SJSU’s Lucas College and Graduate School of Business.