Edging in Safer Roads for All Transportation Modes 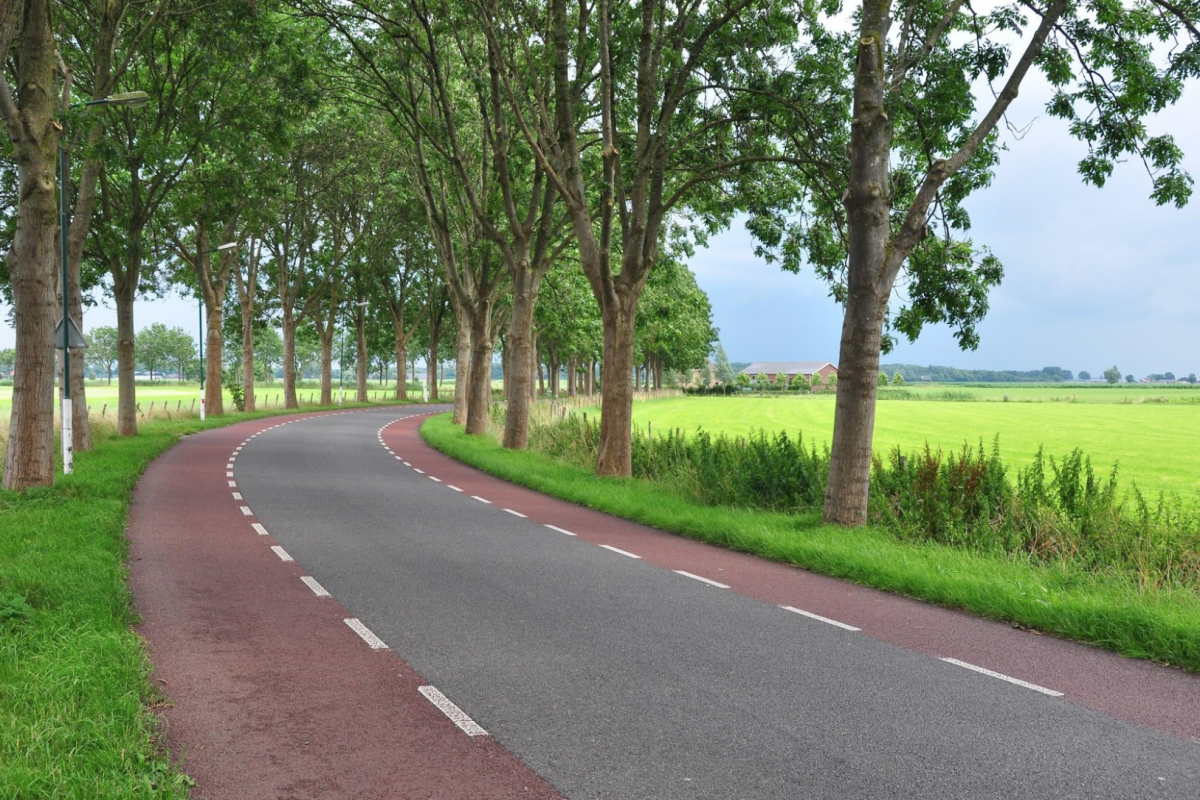 Despite their novel approach of allowing automobile traffic in two opposing directions to share one lane of traffic, edge lane roads are effective in a variety of contexts. New research from Mineta Transportation Institute (MTI), Safety Considerations for All Road Users on Edge Lane Roads, provides the most comprehensive safety evaluation of these facilities to date. Edge lanes inexpensively support two-way traffic while protecting vulnerable road users (VRUs) like bicyclists and pedestrians.

Edge lane roads (ELRs) have bike lanes striped on either side of the road (these are the “edge lanes”) and a single space for cars in the center. The car lane lacks a center line and is often wider than normal but not quite wide enough for two cars. Instead, cars negotiate space when they meet by temporarily moving into one of the edge lanes. ELRs are especially useful where roads are too narrow for the addition of standard bike lanes or sidewalks.

ELRs are less common in the US than in other countries, but the Federal Highway Administration (FHWA) has approved ELR installations as an experimental treatment in at least eight US cities, including, for example, six in Minneapolis, MN; three in Loraine, OH; and one in Port Townsend, WA. Jurisdictions in the United States have installed ELRs across a wide range of community character types, contexts, and roadway classifications. To assess the safety effects of ELRs, the study’s authors used a simulation-based approach and crash data analysis of ELRs in the US and from higher-speed rural roads in Queensland, Australia (since this data is unavailable in the US).

“Additionally, the rate of critical interactions between oncoming motor vehicles increases significantly as the automobile volume goes up. Hence, volume and not speed may be a critical factor in the siting of ELRs,” explain the authors.

Although some may believe the use of a single lane for vehicles traveling in two directions too unconventional or unsuitable for use in the North American context, this research establishes several advantages of ELRs, including potential safety benefits. Specifically, the results from analysis of rural higher-speed roads in Australia indicate that ELRs are safe for road users to navigate. However, because there are no control sites to compare these crash counts and rates with, more data from recently converted facilities is needed to conclusively estimate the safety effects of ELRs in rural higher speed contexts. In the urban context, based on this study’s simulation and data analysis, ELRs lead to crash reduction compared to traditional two-lane roads.

Edge lane roads are another tool in the mobility toolbox. These inexpensive tools have the potential to improve safety for the most vulnerable of road users, reducing crashes and ultimately making our nation’s transportation better for everyone.

At the Mineta Transportation Institute (MTI) at San Jose State University (SJSU) our mission is to increase mobility for all by improving the safety, efficiency, accessibility, and convenience of our nations’ transportation system. Through research, education, workforce development and technology transfer, we help create a connected world. Founded in 1991, MTI is funded through the US Departments of Transportation and Homeland Security, the California Department of Transportation, and public and private grants, including those made available by the Road Repair and Accountability Act of 2017 (SB1). MTI is affiliated with SJSU’s Lucas College and Graduate School of Business.