To assist security planning, new Mineta Transportation Institute (MTI) research identifies what time of day most attacks on public ground transportation in different parts of the world occur and when they are most lethal. In their research, Frequency and Lethality of Attacks on Surface Transportation Systems of Developed Countries, by Time of Day, MTI Research Associates Brian Michael Jenkins and Bruce R. Butterworth analyzed 500+ attacks on passenger rail and bus systems in modern developed countries between 1970 and 2020. They identified two categories of peak hours—average workday rush hours (6AM-10AM and 5PM-8PM) and holidays with high traffic and tourist travel—to determine how time of day of attacks affects lethality.

They found that approximately 63% of the attacks occurred in off-peak hours, as opposed to only 19% occurring during peak hours. However, the peak-hour attacks were 4.5 times more lethal. The timing of the remaining 19% of attacks is unknown (numbers may not sum up to 100 due to rounding).

To inflict maximum lethal damage, terrorists time their attacks to occur during weekday rush hours and peak travel times associated with holiday and vacation travel. For example, the 1980 bombing of the Bologna train station, which occurred on a Saturday holiday, killed 85 people—making it one of the deadliest attacks in decades. This event, along with four other high-lethality outliers—including the 2003 subway attack in South Korea (198 dead), the 2004 train bombing in Madrid (193 dead), the 2005 London Transport bombing (52 dead), and the 1995 Tokyo Sarin attack (12 dead and 5,000 injured)—account for 70% of the total fatalities in public surface transportation attacks and 79% of the total injuries.

“It seems logical that terrorists seeking to cause maximum disruption or mass casualties would launch their attacks during times of day when passenger traffic is at its height. However, some attackers—left-wing groups and Basque separatists, for example—have avoided large-scale casualties and have generally carried out their attacks during off-peak hours, often at night to avoid detection,” states co-author Brian Michael Jenkins.

Their research also found that:

According to Butterworth, “Most U.S. attacks are carried out by mentally unstable individuals with no discernible pattern. There is a need for far more proactive alerts and treatments for these individuals rather than punishment.”

Not surprisingly, given the ability to acquire automatic and semi-automatic weapons in the U.S., 14 of the attacks were armed assaults, explosives were used in 11 attacks, and 8 involved stabbings, representing more than 60% of all U.S. attacks.

“While not a wave of terrorism, U.S. anti-social violence is a disturbing trend that authorities must contend with while keeping an eye on terrorists,” said Jenkins.

The forensic detail provided by this research, along with the quantification and analysis of the data associated with attacks on public transport during rush hours, can help anyone involved improve safety and security planning and potentially save lives. Ultimately, these findings can help establish timelines and attack patterns, which can be used for security and planning and aid those responsible for running and overseeing transit operations to prioritize visible and remote security presence and quick response to attacks on transit systems. 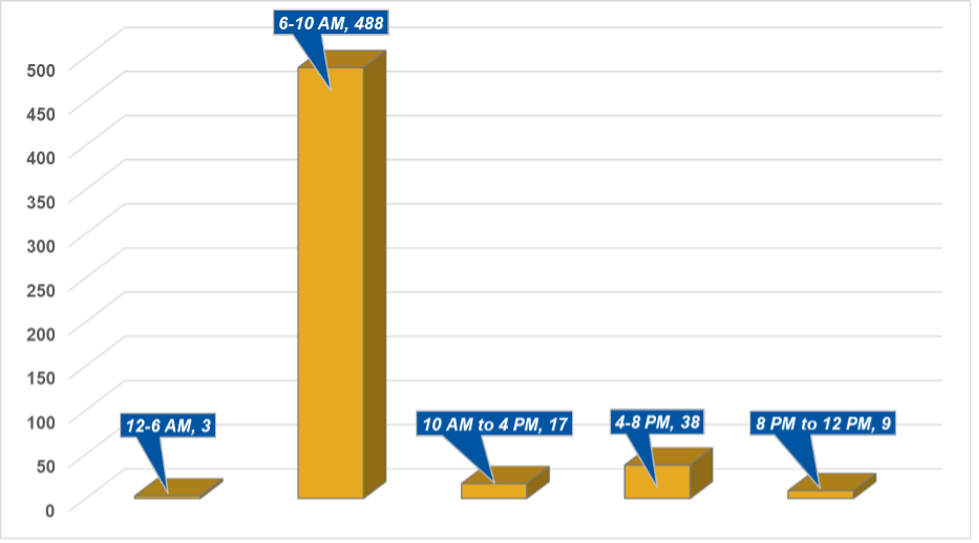 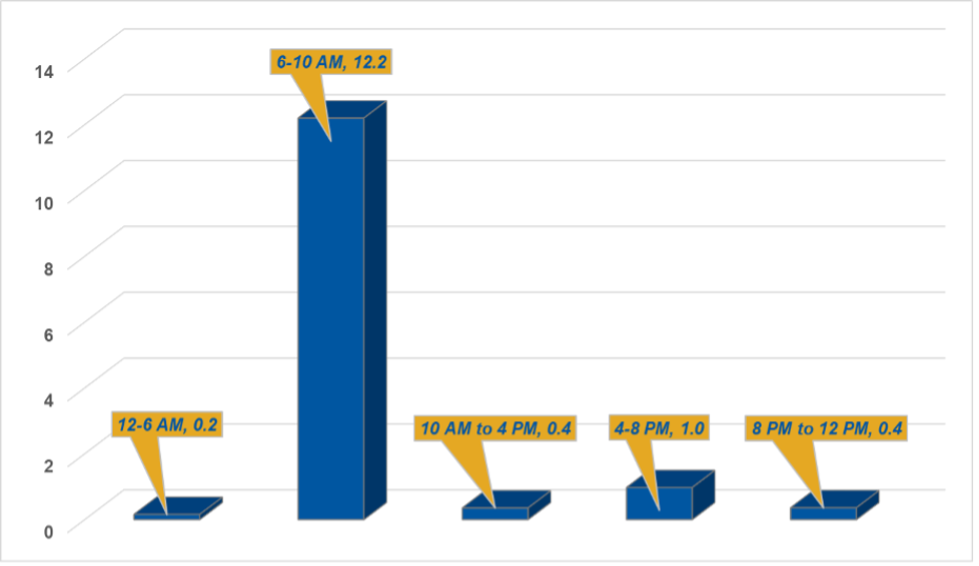 ABOUT THE MINETA TRANSPORTATION INSTITUTE
At the Mineta Transportation Institute (MTI) at San Jose State University (SJSU) our mission is to increase mobility for all by improving the safety, efficiency, accessibility, and convenience of our nations’ transportation system. Through research, education, workforce development and technology transfer, we help create a connected world. Founded in 1991, MTI is funded through the US Departments of Transportation and Homeland Security, the California Department of Transportation, and public and private grants, including those made available by the Road Repair and Accountability Act of 2017 (SB1). MTI is affiliated with SJSU’s Lucas College and Graduate School of Business.

ABOUT THE AUTHORS
Brian Michael Jenkins is the Director of the Mineta Transportation Institute’s Allied Telesis National Transportation Security Center and since 1997 has directed the Institute’s continuing research on protecting surface transportation against terrorism and other serious forms of crime.

Bruce R. Butterworth is a Senior Transportation Security Researcher at MTI and former Director of Aviation Security Operations at the Federal Aviation Administration. Bruce has taken a leading role in creating MTI’s unique database of attacks on public surface transportation.