Are You Saying Something When You See Something?

The Mineta Transportation Institute’s (MTI) latest security perspective, “Does ‘See Something, Say Something’ Work?” explores the pivotal role that transport staff and passengers play in the prevention of terrorist attacks on public surface transportation. “By discovering and reporting suspicious objects, [transport staff and passengers] have prevented more than 10% of all terrorist attacks on public surface transportation,” says report author Brian Michael Jenkins, MTI’s National Transportation Security Center Director. “Detection rates are even better in the economically advanced countries where more than 14 percent of the attempts are detected—and have been improving.” 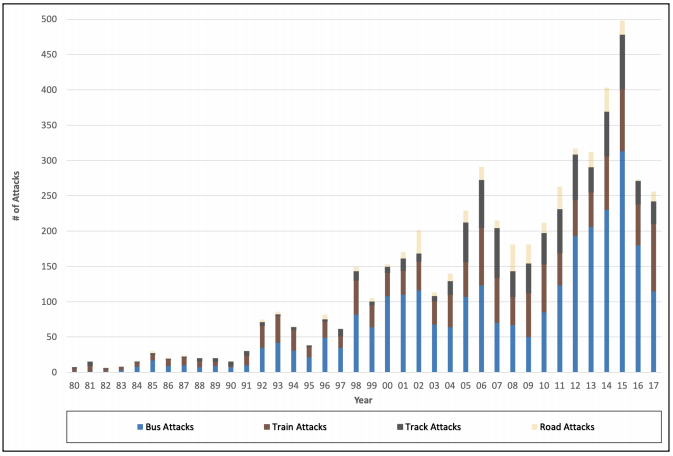 On-site police, security personnel, transportation employees, train and bus passengers, and ordinary citizens have prevented 10.6 percent of the 5,372 terrorist attacks on train, bus, track and road targets in public surface transportation systems since 1970. Ninety-nine percent involved suspicious packages, most of which turned out to be bombs.

The perspective reports the following findings with regard to the campaign’s effectiveness based on varying circumstances and factors:

“Since 1980, the worldwide detection rate has improved for attacks on train, track, and road targets, but not for attacks on buses, which has only slightly declined. Group One countries have shown the greatest improvement, and the detection rates for track targets is approaching 30%, and 20% for train targets,” Bruce Butterworth, and former Director of Aviation Security Operations at the Federal Aviation Administration.

At the Mineta Transportation Institute (MTI) at San Jose State University (SJSU) our mission is to increase mobility for all by improving the safety, efficiency, accessibility, and convenience of our nation's’ transportation system through research, education, workforce development and technology transfer. We help create a connected world. MTI was founded in 1991 and is funded through the US Departments of Transportation and Homeland Security, the California Department of Transportation, and public and private grants. MTI is affiliated with SJSU’s Lucas College and Graduate School of Business.