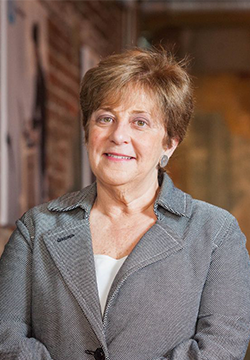 Cino has over two decades of experience in senior- level positions in the executive and legislative branches, as well as the private sector. She joined HP in July 2012 from Pfizer, where she held the position of vice president for Federal Government Relations since 2009. At Pfizer, she led the Reimbursement & Regulatory Affairs, International Government Affairs, and Tax & Trade teams.

In addition, Cino held two Senate-confirmed, Presidential appointments: Deputy Secretary of the U.S. Department of Transportation (2005-2007) and Assistant Secretary and Director General of the U.S. and Foreign Commercial Service at the U.S. Department of Commerce (2001-2003). At Transportation, Cino was responsible for the day-to- day management of a $61 billion budget, 10 modal administrations, and approximately 60,000 employees. At Commerce, Cino managed an annual budget of $200 million and supervised 1,700 employees at 105 domestic offices and 162 international offices in 85 countries.

Cino is a native of Buffalo, New York and a graduate of St. John Fisher College in Rochester, New York.