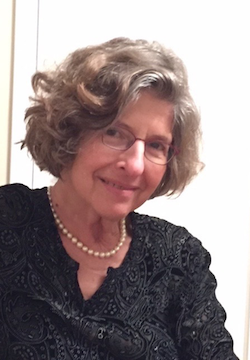 Jane Courant, (Ph.D., Drama, UC Berkeley; M.A., English, Georgetown University; M.L.S., University of Maryland, B.A., University of Rochester) is a communications trainer, theater instructor/director, and retired librarian with a wide range of teaching, directing, acting and administrative experience. She has trained new entrepreneurs for the Small Business Administration and created a 10-week business communications curriculum for UC Extension entitled, "Peak Performance: Theater Techniques You Can Use at Work," which she also taught for several years. Jane has presented communications workshops in settings that include the Metropolitan Transportation Commission, the Oakland Public Library, the California Public Health Department, Hartnell College, Anne Arundel Community College and the Department of City Planning at UC Berkeley.

Prior to concentrating on communications training and public speaking, Jane taught at the University of Chicago where she designed the theater curriculum for the undergraduate College of Humanities.  She also taught and directed for the University of Maryland, UC Santa Cruz, Barat College and the College of DuPage as well as local theaters. More recently, Jane has acted, coached and directed with the Marin Shakespeare Theater's program at San Quentin and Solano State Prisons. She also volunteers as a tutor for the Prison University Program at San Quentin.

Jane began her career as an archivist and librarian at the National Archives in Washington, DC and went on to found the National Archives Theater Project, the agency's first live theater based on original documents, a component of its exhibition program. She later worked for the Oakland Public Library where, in addition to storytelling and reference service, she offered Shakespeare programs for the general public. Jane has long had an interest in sharing performance techniques with those outside the theater community.