As a leading authority on terrorism and sophisticated crime, Brian Michael Jenkins works with government agencies, international organizations and multinational corporations. He has directed MTI’s continuing research on protecting surface transportation against terrorist attacks. He is also a senior advisor to the president of RAND. From 1989-1998, Mr. Jenkins was deputy chairman of Kroll Associates, an international investigative and consulting firm. Before that, he was chairman of RAND’s Political Science Department where he also directed RAND’s research on political violence.

Commissioned in the infantry, Mr. Jenkins became a paratrooper and a captain in the Green Berets. He is a decorated combat veteran having served in the Seventh Special Forces Group in the Dominican Republic and with the Fifth Special Forces Group in Vietnam. He returned to Vietnam as a member of the Long Range Planning Task Group, receiving the Department of the Army's highest award for his service.

Since then, he has served on numerous U.S. and international task forces investigating terrorist attacks. In1996, President Clinton appointed Mr. Jenkins to be a member of the White House Commission on Aviation Safety and Security. He served as an advisor to the National Commission on Terrorism and has served on the U.S. Comptroller General's Advisory Board.

Mr. Jenkins is the author of several articles, reports and books, including International Terrorism: A New Mode of Conflict and Will Terrorists Go Nuclear?

Frannie Edwards, M.U.P., Ph.D., CEM, is Deputy Director of the National Transportation Safety and Security Center at the Mineta Transportation Institute (MTI). She is also professor and director of the Master of Public Administration program at San Jose State University.

Dr. Edwards is a Certified Emergency Manager with over 20 years’ experience in California. She is co-author with Dan Goodrich of Introduction to Transportation Security, two books with Fritz Steinhausler on terrorism, twelve major publications for MTI, and over 40 articles and book chapters. Dr. Edwards provides emergency management plan writing, review and training for Caltrans and Santa Clara Valley Transportation Authority. She gives frequent conference presentations on her emergency management research, and public education seminars and media interviews in Silicon Valley. 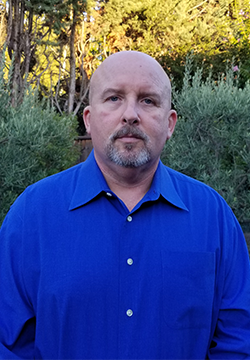 Daniel C. Goodrich, MPA, CEM, MEP is a Senior Transportation Security Scientist with the Mineta Transportation Institute at SJSU, and the instructor for “Security Issues for Transportation Professionals” in the Master of Science in Transportation Management program. He is a Certified Emergency Manager, a Master Exercise Practitioner, a Professional Continuity Practitioner and a Certified Security Specialist. He is co-author with Frannie Edwards of Introduction to Transportation Security, nine major publications for MTI, as well as a variety of professional articles and book chapters. He provides emergency management planning and training support to Caltrans and Santa Clara Valley Transit Authority. He is a FEMA-certified instructor for the ICS course suite. He has sixteen years’ military service, including US Marine Corps Security Forces.