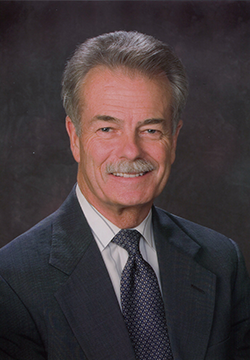 Transportation innovator and manager, Will Kempton, has dedicated more than 46 years of experience to transportation, public service and government affairs. Mr. Kempton recently came out of retirement to serve as the Executive director of the Sacramento Transportation Authority, where he is focused on the development and management countywide transportation sales tax program.

Prior to his latest stint with Transportation California, Mr. Kempton served as Executive Director of the California Transportation Commission (CTC), responsible for advising and assisting the Legislature and the Administration in the development of transportation policies and plans for California, initiating and developing state and federal legislation to secure funding for the state’s transportation needs and facilitating the programming and allocation of funds for highway, passenger rail, transit and active transportation improvements throughout California.

Throughout Mr. Kempton’s career, he has moved between public and private posts, starting with the California Department of Transportation (Caltrans) in 1973. In 1985, Mr. Kempton assumed the role of Executive Director of the Santa Clara County Traffic Authority, managing its billion-dollar highway sales tax construction program, the first of its kind in the state.

In 1992, Mr. Kempton became a partner in Smith, Kempton & Watts, a Sacramento advocacy firm where he consulted in programs and policies to enhance the effectiveness of public and private resources. In 2004, he was appointed by Governor Schwarzenegger as the Director of Caltrans, overseeing an annual operating budget of more than $13.8 billion and 22,000 employees. He served in this capacity for five years before taking over as the Chief Executive Officer of the Orange County Transportation Authority, a countywide transportation agency responsible for county transit services and management of the local half-cent sales tax program.

Will has a Bachelor of Arts degree in Political Science from the University of San Francisco and completed graduate studies in Government and Public Administration at California State University, Sacramento. He resides in Folsom, California with his wife Beverley.