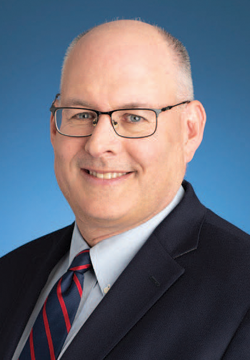 Stephen Morrissey is vice president of regulatory and policy for United. In this role, he leads a team of dedicated professionals that advocate for United’s interest before regulatory agencies in the United States and around United’s word-leading international route network.

Prior to joining United, in 2000, Morrissey spent seven years in the office of the Secretary, U.S. Department of Transportation (DOT). He held various positions at DOT, including Special Counsel, where he served as a senior advisor to the General Counsel responsible for providing analysis and strategic guidance on legal issues and policy matters for the Department. Before moving to the General Counsel’s office, Steve was a senior congressional relations officer specializing in aviation issues.

A native of Massachusetts, Morrissey holds a law degree from the Columbus School of Law at Catholic University of America and a bachelor’s degree from Saint Anselm College in Manchester, NH. He is a member of the Commonwealth of Massachusetts Bar and the Bar of the Supreme Court of the United States.

He is married with two children and resides in Arlington, VA.

Getting to Know Trustee Steve Morrissey.