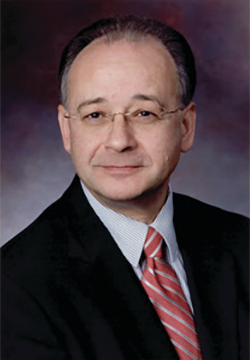 Paul Skoutelas was recently selected in an unanimous vote to become the President and CEO of the American Public Transportation Association. Previously he was National Director of WSP USA’s Transit & Rail Technical Excellence Center (TEC). ln this position, he provided leadership and strategic direction with a focus on growing the firm's transit and rail business, enhancing marketing capabilities and strengthening client relationships. He also served as National Transit and Rail Market Leader with responsibility for strategic and tactical advice to clients on a wide range of transit and rail issues including, project delivery, management and operations.

A recognized and respected industry leader, Mr. Skoutelas has served on numerous boards and committees for transportation organizations in leadership positions, including the Transportation Research Board, National Transit Institute, Pennsylvania Transportation Institute, and the Transit Cooperative Research program. He previously served on the APTA Board of Directors and the APTA Business Member Board of Governors.

Mr. Skoutelas holds an M.B.A. as well as M.S. and B.S. degrees in Civil Engineering, and is a licensed professional engineer.