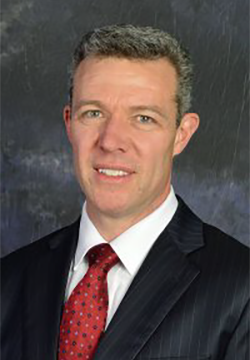 Jim Tymon is the Executive Director of the American Association of State Highway and Transportation Officials (AASHTO), a non-profit, non-partisan association that supports and represents the interests and missions of state departments of transportation. His experience includes service in key Congressional and federal agency roles, as well as non-profit association management.

As AASHTO Executive Director, Tymon oversees a staff of 120 professionals who support their members in the development of transportation solutions that create economic prosperity, enhance quality of life, and improve transportation safety in U.S. communities, states, and the nation as a whole. AASHTO is now in its second century of service to state departments of transportation and their highly skilled employees.

Prior to his appointment, Tymon was AASHTO’s Chief Operating Officer and the Director of Policy and Management from 2013 to 2018, working closely with state DOTs in the development of AASHTO’s transportation policy positions and overseeing the monitoring of legislative, administrative, and regulatory activities relating to transportation. As AASHTO’s COO, Jim also oversaw the management of the Association’s internal operations.

Tymon graduated from the University of Delaware with a Bachelor of Arts degree in Economics and Political Science, along with a Master of Arts degree in Public Policy. A native of New Jersey, Tymon and his family reside in Silver Spring, Maryland.