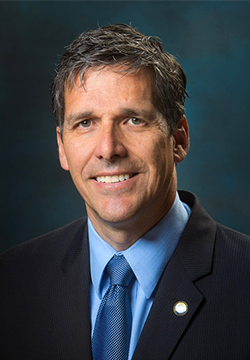 Jeff Morales has led some of the country’s largest and most complex transportation agencies and programs, employing innovative approaches to produce unprecedented results. He has successfully navigated challenges at the federal, state, and local levels, as well as in the private sector. Throughout his career, Jeff has promoted and implemented programs to promote workforce diversity, community engagement and sustainability through groundbreaking programs.

Most recently, Jeff led the first-ever construction of high-speed rail infrastructure in the United States, taking the program from initial planning into delivery, with three unprecedented major design-build contracts in place to build approximately 120 miles of the country’s first high-speed line. In the process, he built from scratch an innovative integrated organization, and drove the strategies and plans to secure state and federal funding and engage the private sector as a partner. Under his leadership, the program implemented leading-edge initiatives to promote small business participation and focus economic development in local communities.

As Director of the California Department of Transportation (Caltrans), Jeff led the nation’s largest state transportation agency as it implemented the most expansive program in its history, with over $10 billion in highway, transit and rail improvements. He moved the agency to a greater emphasis on multi- modal approaches and implemented pioneering policies on context-sensitive solutions and sustainability. At the Chicago Transit Authority, Jeff drove programs to reverse years of declining ridership, renew aging infrastructure and employ new technologies to better serve the agency’s riders.

Jeff started his career in Washington, DC, working as legislative assistant for United States Senator Frank R. Lautenberg, a long-time leader in transportation and other issues. There, he worked on issues ranging from the airline smoking ban to comprehensive surface transportation legislation. He then served at the United States Department of Transportation under Secretaries Federico Peña and Rodney Slater, and worked in the White House as a member of Vice President Al Gore’s National Performance Review, the task force to reinvent government agencies and services. Jeff was the Issues Director for the White House Commission on Aviation Safety and Security in 1996-1997.

In the private sector, Jeff worked with agencies around the country and internationally to develop and advance major capital programs, assisting them in addressing policy, legislative, operational and management challenges. His work on behalf of clients ranged from helping develop the first-ever consolidated capital program and new organizational challenges at Transport for London in England to working with Los Angeles to oversee the development and implementation of the first-ever congestion pricing program on the most heavily congested routes in the country.

Jeff’s national leadership was underscored by being appointed as a member of the Transportation Transition Team for the incoming Obama Administration in 2008-2009. He has twice been recognized with national Distinguished Service awards by the American Public Transportation Association, first as Director of Caltrans in 2002 and then as chief executive officer of the California High-Speed Rail Authority in 2015.