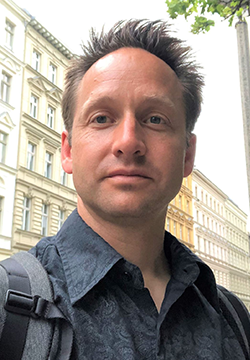 In May of 2017, Eric Eidlin joined the City of San Jose as the Station Planning Manager. In this role, he is playing a leading role in the City’s efforts to transform Diridon Station into a world-class multimodal hub.

Mr Eidlin brings a wealth of experience in high-speed rail (HSR) and intermodal facility planning to the City. As an Urban and Regional Policy Fellow of the German Marshall Fund of the U.S. (GMF), he traveled to France in Germany in 2013 and 2015 to study best practices in HSR system and station development. Drawing on this research, Mr Eidlin authored a widely-cited report, Making the Most of High-Speed Rail in California: Lessons from France and Germany.  Prior to joining the City, he worked as Sustainability Manager for the Federal Transit Administration’s (FTA) Region 9 office in San Francisco. There, he coordinated major federal interagency initiatives relating to sustainable transportation and development, including the Federal Partnership for Sustainable Communities and the White House’s Strong Cities Strong Communities Initiative.  He also served as Technical Advisor on Station Development to the California High-Speed Rail Authority in 2016.

In 2014 Mr Eidlin was named one of the top 40 professionals under the age of 40 in the field of public transportation by Mass Transit Magazine.