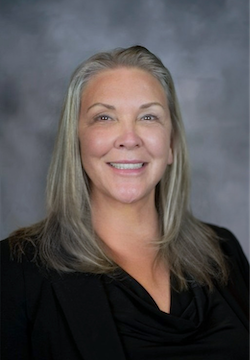 Ms. DeMartino served as the Managing Director for the LOSSAN Rail Corridor Agency from 2020 - 2022, managing the Pacific Surfliner rail service and leading efforts to improve passenger rail ridership, reliability, coordination, and safety. Prior to joining LOSSAN she dedicated 19 years as CEO of the San Joaquin Regional Transit District (RTD) and spent over 14 years at Sacramento Regional Transit (RT), working in rail operations, contracts administration, engineering and construction, and facilities and capital program management.

· RTD made environmentally important fleet changes, testing some of the first diesel-electric hybrid and all-electric buses in the state, ultimately converting the entire Stockton Metropolitan Area fleet to all hybrid and electric buses.

In 2006, Metro Magazine highlighted her achievements in an article on five "Women in Transportation" who "play a major role in the transportation industry." The California Association for Coordinated Transportation (CalACT) named Ms. DeMartino the 2009 Transportation Manager of the Year. In 2013, the Greater Stockton Chamber of Commerce honored her with the Business Manager of the Year Award. In 2015, Ms. DeMartino was selected as the WTS “Woman of the Year.” In 2018, she was named, “Public Official of the Year” by the Sierra Club, and in 2019, the San Joaquin County Commission on the State of Women awarded her the Susan B. Anthony Women in Achievement award.