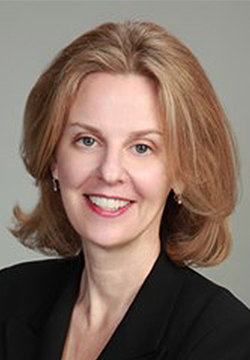 Principal and Chair of Board

Diane Woodend Jones began her career at D/FW Airport Board in 1980 and later joined the transportation consulting firm, Lea+Elliott, Inc., in 1989. During the past 30 years, she has been directly involved in a number of projects specializing in the transportation/aviation industry. Her professional experience includes architecture, airport planning, transportation system planning and project development, transportation system and facilities interfaces, system procurement and contract compliance, and program management.

After spending many years managing the planning and design of many large transportation infrastructure projects, Diane became increasingly involved in the management of Lea+Elliott. As a Lea+Elliott principal, Diane has served in the management of the operations of the Lea+Elliott’s US Central Region, as well as, Lea+Elliott’s Board of Directors for more than a decade. While serving on the Board of Directors, Diane spearheaded and currently continues to lead the firm’s Strategic Planning initiative. During this tenure, the company has grown into an international practice. Diane has served as Lea+Elliott’s Chairman since 2010.

Diane received a Bachelor of Science in Architecture from the University of Texas at Arlington and a Masters in Business Administration from Southern Methodist University.

Diane has considered Texas her home since the mid-1970s. She currently lives in Dallas with her husband, Phillip, and daughter, Claire.