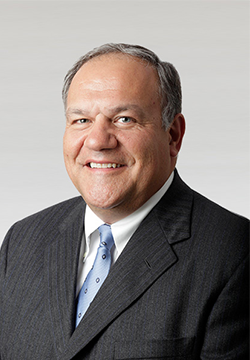 David Castagnetti is a legislative and political strategist with a history of delivering for clients. A trusted Democratic advisor who understands how to talk to business, he has played a critical role in shaping many significant policy issues of the past two decades.

Recognized as one of Washington’s top lobbyists by BusinessWeek, Washingtonian magazine, The Hill and Congressional Quarterly, Castagnetti’s policy expertise and political chops are well known. His forte is translating complex policies into straightforward issues, then navigating the political, legislative and regulatory challenges that dictate outcomes. His working style is as renowned as his expertise. A strong believer in “what-you-see-is-what- you-get” client service, he has instilled that same approach at Mehlman Castagnetti Rosen & Thomas, where all principals roll up their sleeves to get results. This combination of skill and working style has made Castagnetti a trusted advisor to Members of Congress, Fortune 100 CEOs and executives across Washington’s business community.

Castagnetti’s career has put him at the highest levels of politics, business and government. Before helping to found Mehlman Castagnetti, he served John Kerry as the top liaison to Congress for the Democratic nominee’s presidential campaign. He earned plaudits from House and Senate Members for his briefings on campaign strategy and messaging, deft handling of political requests, and sensitive management of surrogates and speaking roles at the Democratic National Convention.

As a partner at Bergner, Bockorny, Castagnetti & Hawkins, he worked with technology leaders and innovative startups across Silicon Valley to develop and implement effective strategies to drive exports and maintain America’s lead in information technology. He also provided expert regulatory and political guidance for mergers and acquisitions, including the Delta Air Lines and North¬west Airlines merger, Hewlett-Packard’s merger with Compaq, NewsCorp’s merger with DirecTV, and Travelers Insurance in its well-regarded partnership with St. Paul Insurance Company.

On Capitol Hill, Castagnetti earned a reputation for integrity and collaboration. As Chief of Staff to Sen. Max Baucus (D-MT), he advised the Senator on trade, tax, transportation, technology and matters before the Finance and Environment and Public Works committees. He also served as Chief of Staff to Rep. Norman Y. Mineta (D-CA) when the Congressman was Chairman of the House Transportation Committee. A decade later, Castagnetti led a successful effort to win confirmation for Rep. Mineta as Secretary of Commerce for President Clinton and Secretary of Transporta¬tion for President George W. Bush. Castagnetti is also one of the few people to serve in senior positions for Members on both the Senate Finance Committee and House Commerce Committee, as he began his career in the office of Rep. Ed Markey (D-MA).