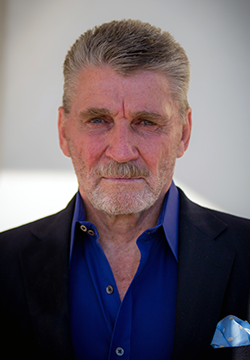 As a leading authority on terrorism and sophisticated crime, Brian Michael Jenkins has directed MTI’s continuing research on protecting surface transportation against terrorist attacks for many years. He advises and collaborates with government agencies, international organizations, and multinational corporations. He has served on U.S. and international task forces investigating terrorist attacks, including as a member of the White House Commission on Aviation Safety and Security under President Clinton, as advisor to the National Commission on Terrorism, and as senior advisor to the president of RAND. From 1989-1998, Mr. Jenkins was deputy chairman of Kroll Associates, an international investigative and consulting firm. Before that, he was chairman of RAND’s Political Science Department, where he also directed RAND’s research on political violence.

Commissioned in the infantry, Mr. Jenkins served as a paratrooper and a captain in the Green Berets. A decorated combat veteran, he served in the Seventh Special Forces Group in the Dominican Republic and with the Fifth Special Forces Group in Vietnam. As a member of the Long Range Planning Task Group, he returned to Vietnam and received the Department of the Army’s highest award for his service.

Mr. Jenkins is the author of several articles, reports and books, including International Terrorism: A New Mode of Conflict and Will Terrorists Go Nuclear? He has a BA in fine arts and a master’s degree in history, both from UCLA. He studied at the University of Guanajuato in Mexico and at the University of San Carlos in Guatemala, where he was a Fulbright Fellow and received a fellowship from the Organization of American States.