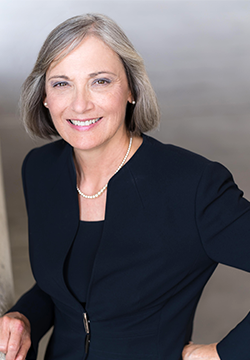 As the President and CEO of the Union Station Redevelopment Corporation from September 2012 until June 2022, Beverley’s primary task was to uphold the USRC mission statement, including management of the leased operations of the multi-modal transportation and retail center, and oversight of the redevelopment of the station complex alongside planning partners Amtrak and Akridge.

Prior to joining USRC, Beverley was the first woman to serve as Maryland Transportation Secretary, from 2009 to 2012, with 10,000 employees and a $3.6 billion annual budget. As Secretary, Ms. Swaim-Staley oversaw the only state department of transportation with direct supervision over all aspects of transportation including the State’s highway, transit and rail networks, motor vehicles, Baltimore/Washington International Thurgood Marshall Airport, and the Port of Baltimore.

With nearly 14 years of experience as Secretary, Deputy Transportation Secretary and Chief Financial Officer for MDOT, Ms. Swaim-Staley has a deep knowledge of transportation management and finance. She oversaw negotiations to execute one of the largest public-private partnership agreements in the nation resulting in the construction of a new 50-foot berth at the Port of Baltimore.

From 2001-2002, while serving as Deputy Secretary, she also served as Executive Director of Baltimore/Washington International Thurgood Marshall Airport, a period which encompassed the terrorist strike on 9/11 and the subsequent revolution in airport security. She has also worked for the state legislature in Maryland and for the Washington Metropolitan Area Transportation Authority (WMATA).

Currently she serves as a Board Member of the Mineta Transportation Institute.