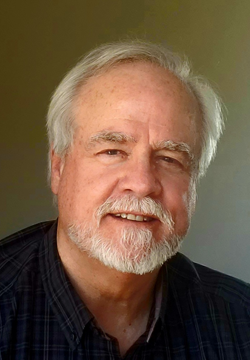 John Flaherty has been at the intersection of transportation and technology for over three decades with experience in both the public and private sectors. His tenure in government includes chief of staff roles in both the executive and legislative branches – and with Democrats and Republicans. His private sector experience includes senior positions in well-known Washington DC public affairs firms and a Wall Street private equity firm. Before moving to California in 2017, he taught and managed a public policy graduate program at Carnegie Mellon University.

From 2001 to 2006, he was the chief of staff of the U.S. Department of Transportation working for Secretary Norman Y. Mineta, where he oversaw operations and policy development. At DOT, he helped oversee several transportation policy initiatives including the creation of the Research and Innovation in Transportation Administration (RITA); the Secretary’s Congestion Management Initiative; the Freight & Logistics Office; and the Secretary’s Credit Council.

Flaherty was at the Department of Transportation on September 11th, 2001. He helped oversee the federal response to the events of 9/11. He chaired the Department’s National Infrastructure Security Committee, and was DOT’s representative to the National Security Council’s Counterterrorism Security Group (CSG). He helped develop and implement a variety of multi-modal infrastructure protection practices including the Transportation Security Agency. For his 9/11 activities, he was awarded the DOT’s Guardian Medal. He twice received the Secretary’s Gold Medal – the Department’s highest award – once from Sec. Mineta, and again from Secretary Mary Peters.

In 2006, Flaherty left U.S. DOT to become a principle at The Carlyle Group, a global private equity firm. He was a member of the firm’s infrastructure fund which made investments in a number of companies that included logistics, maritime, surface transportation, logistics, and water infrastructure. He helped create a successful public-private partnership in the state of Connecticut and is regarded as an expert in public private partnerships.

Flaherty’s international experience includes leading infrastructure rebuilding teams to both Iraq and Afghanistan. He headed a delegation to Jordan on infrastructure protection, and was a member of several trade delegation trips regarding transportation. He oversaw the USDOT’s response to the transit bombings in London and Madrid. At the Carlyle Group he worked in international venues for both fundraising and portfolio development.

Flaherty is a senior fellow at the Silicon Valley American Leadership Forum (ALF). He serves on the board of the Edge Foundation, a national organization for coaching young people with ADHD. His opinion pieces have appeared in the San Jose Mercury News and Roll Call, and he has appeared on several panels including infrastructure panels at the Dow Jones Co. and the Washington Post.

Flaherty is married to Michelle Flaherty and has a 21- year old daughter, Megan, who was adopted in China and attends the University of Colorado. The Flahertys currently reside in California where they run the Planted Oar Vineyard located in the Gilroy/Santa Cruz foothills.