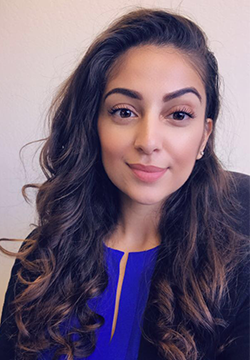 She has also successfully developed and coordinated a variety of MTI K-12 programs, including the National Flight Academy, the MTI Summer Transportation Institute, and the Garrett Morgan Sustainable Transportation Competition. She recently designed a two week middle school program to introduce 6-8th graders to university majors and minors in STEM. She also leveraged industry partnerships to organize and lead tours of prominent local businesses for K-12 students. Irma has coordinated MTI’s numerous local and national collaborations such as the Silicon Valley Bike Summit, High Speed Rail Leadership Summit, MTI Annual Banquet & Convocation Celebration, and MTI Finance Summit. She has contributed to grants that have earned MTI over $100,000 in funding for K-12 programs.

Before her work at MTI, Irma managed the Urban and Regional Planning Department as well as other departments within the College of Social Sciences. Her commitment to successfully managing the department finances, hiring, and supervising student assistants earned Irma the Provost Staff Professional Development Grant for two consecutive years. She was also recognized with the Staff Service Award in 2017. Irma is also a former member of Phi Kappa Phi Honor Society and the recipient of the 2017 Owen Milton Boyles Scholarship at SJSU.

Irma’s academic articles and creative pieces have been published in Acentos Review, CSULB’s Watermark, and Intercultural Press, among others. She is bilingual in English and Spanish and recognizes the humble beginnings of Silicon Valley and the significance of equity and diversity.